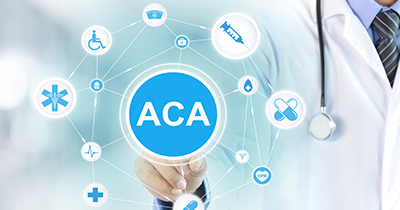 In January 2017, President Donald Trump was sworn in as the 45th President of the United States. With every new Administration there are many new changes. One of the biggest changes since President Trump took office is the uncertainty of ACA Compliance. As a business overseeing your employees’ health insurance, understanding ACA Compliance is very important. However, pending changes make it more difficult to keep tabs on. Here is what you can expect going forward with ACA Compliance.

The Patient Protection and Affordable Care Act (ACA), also known as Obamacare, went into effect on March 23, 2010. The Affordable Care Act “provides consumers with subsidies (“premium tax credits”) that lower costs for households with incomes between 100% and 400% of the federal poverty level” (healthcare.gov). ACA Compliance refers to a “major medical plan that abides by the rules of the Affordable Care Act” (HealthChoiceOne) including the following:

Since President Trump took office in January, 2017 the Trump Administration has been working to repeal and replace the Affordable Care Act. Possible changes to be aware of are as follows:

1. Removal of cost-sharing subsidies and adjustment of premium credits

2. Phasing out expansion of Medicaid

Instead of expanding Medicaid to include those earning up to 138% of poverty, the new bill would limit the extra funding for states to individuals who are enrolled before 2020.

States would be allowed to be looser in defining “essential health benefits” and allowed to do more with passing state laws to change their health care system.

4. Penalties for non-reporting may not be enforced

Currently, the Affordable Care Act requires most people buy insurance and that larger employers offer coverage to employees. However, the new bill would repeal the penalties for non-reporting.

With all of that said ACA remains on the books. The IRS is reminding employers that they are required to follow the law and reporting mandates currently in place.

President Trump’s executive order didn’t obliterate ACA – only Congress can do that. When and how that is going to happen is up for debate, but if it does happen, be prepared for some confusion and inconsistency.

- Your Team at Future Systems

Stay up to date and learn new and exciting concepts with our Payroll Blog!

Ready to Get Started?

Please give us a call or fill out our contact form and a member of our friendly team will be in touch.
We’re ready to help you today!